Apps World Berlin
Having gone to the same event in London I already knew what to expect from this one. With so many analytics/advertisement/monetisation companies around you can see many stands with the words “ad”, “cash”. This time there were insanely inspiring speakers. The keynote was given by Apple co-founder Steve Wozniak, and talks were given by Peter Molyneux (Lionhead Studios) and Ian Livingstone (Games Workshop)As usually in these types of events, companies were giving away all kinda of free stuff and I ended up leaving the conference with a cool Heroku t-shirt. 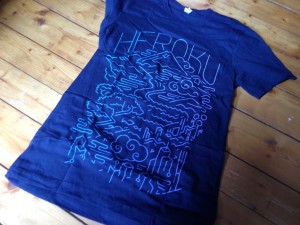 Thank you Heroku for an awesome shirt!
AMaze Festival
After the Apps World it was time for AMaze festival once again. It’s great to see how the event grows every year. This year instead of being a volunteer I unfortunately had to work during the days but tried to participate as much as I could. It was once again a great event and it was a very inspiring few days. AMaze will remain as the must-go game development event in Berlin and even in Europe from what I heard. It’s definitely the most fun game development event I’ve been to as it’s really just focused on the developers community unlike in too many other events where it’s all about business which can get fairly boring.I got to play a number of great and crazy games at the exhibition out of which you can see list on their website. As a personal highlight, it was the first time I got to play Gang Beasts and I had a blast (this maybe shows that I’m far behind in PC gaming?). AMAze always featured very strange and out-of-the-box games that you just can’t play anywhere else and especially some physical games were really interesting. Every year there are also more and more VR games which is great as I don’t own my own set and can rarely try them out.All the talks from the event are available on Voicerepublic (in audio format for now) and I really recommend checking them out! 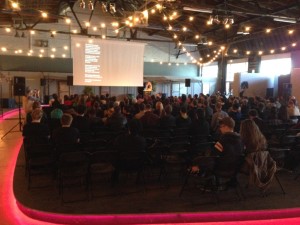 The almost romantic settings of the conference venue 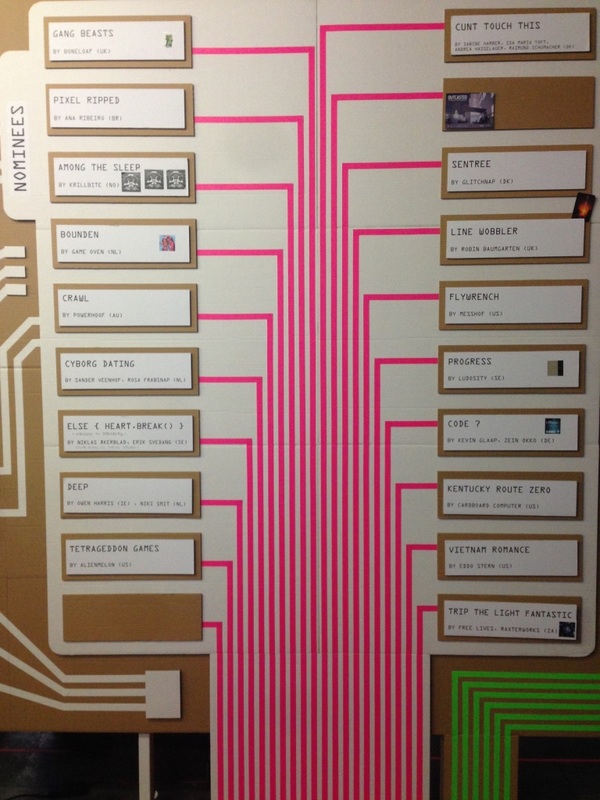